A record for the ages. Martina Navratilova’s 18th and final Grand Slam singles title was also her ninth at Wimbledon and she left no stone unturned in her mission to excel on the grass courts of the All England Club, giving herself every chance to win another Major title after a three-year drought. Just like Ivan Lendl on the men’s side, Martina skipped the slower clay courts of Roland Garros; at 33, she chose to focus solely on the grass season and fine-tune her attacking game to perfection – practicing with coach Craig Kardon and mentor Billie Jean King for the triumph that would distance her from ‘Little Miss Poker Face’ Helen Wills Moody, the eight-time champion of an earlier era who won her last Wimbledon title at 32 years and 270 days (Charlotte Cooper Sterry was 37 in 1908). 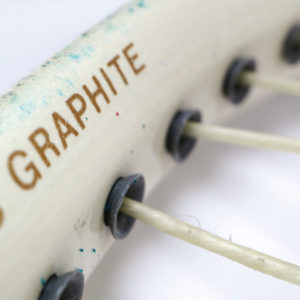 Navratilova’s immaculate performance throughout the fortnight at Centre Court, where nerves can be stretched as taut as racquet strings, was one to be preserved in a time capsule; she wasn’t affected by the fact of having to face an unexpected opponent in the finals – Zina Garrison, who had heroically beaten Monica Seles in the quarters (ending a six-tournament and 36-match streak) and Steffi Graf in the semis (ending a 13-final streak). Curiously, the young American had been playing with Navratilova’s own signature clothing line but landed a Reebok deal on the eve of the final; plus saw Althea Gibson, the last black woman to win a Major (in 1958), fly over to watch the deciding match. Maybe it was one match too much forZina, while Martina didn’t blink: “It was my match to win and I wasn’t afraid of it”; she didn’t allow her mind to wander, having won 27 of her previous 28 matches with Garrison. After closing the first set, she broke her opponent’s serve on a long game at 1-1 in the second and never looked back; she kept on charging the net and easily ran away with the trophy.

“It was my match to win and I wasn’t afraid of it.”

Martina would play only two more Grand Slam singles finals (of a total of 32), losing both – to Monica Seles at the 1991 US Open and to Conchita Martinez at Wimbledon 1994, the year of her retirement. She would come back to win a couple more Grand Slam mixed doubles titles alongside Leander Paes in 2003 and the US Open with Bob Bryan in 2006.