On a fortnight that had a rainy first week playing havoc with the schedule, Martina Navratilova cruised and wasn’t really bothered until the final of the Championships.  The Czech-born lefthander had carried her impressive form from the clay courts of Roland Garros, where she had grabbed her first French Open title, on grass, winning at Eastbourne yet again. At the All England Club, Martina’s confidence was only tested in a rollercoaster final – when she found herself down a break in the third set and had to dig deep. Chris Evert, playing the finals for the fifth successive year at the All England Club and the defending champion, managed to win the last four games of the second set coming in on her rival’s backhand and grabbed a precious break to lead 2-1 in the decider… but Martina showed mental strength and captured five straight games for a third successive Major, extending her tally to five Grand Slam singles titles and thus cementing her steely dominance in women’s tennis at the time.

“I just figured I had to go for it. At a point I started to play safe and you can’t do it; I just kept telling to myself to keep hitting out…” 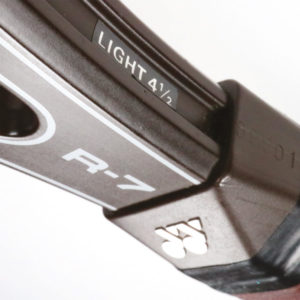 “I just figured I had to go for it. At a point I started to play safe and you can’t do it; I just kept telling to myself to keep hitting out and put more topspin on the forehand, and I had to get in more than I was doing: I was letting Chris get into the net before I was there and that’s ridiculous, so I knew I had to come in before she got there and once I got there she didn’t pass me that much – it was just a matter of getting into the net”, confided the Prague native right after winning her third Wimbledon title (beating her arch-rival every time in the final) but the first as an American citizen (she had defected to the United States in 1975). Her net game was on point when it mattered most in the third set, and the swinging lefty serve became more effective in the latter stages of the match as well. “I didn’t panic at all even when she broke my serve, because I knew it was easier for me to break her serve than her to break mine. So I just knew I had to hold my serve and once I broke hers to 2-all in the third that was a big game for 3-2. It feels different from my first title here; I am more mature but I am still very happy because I really worked hard for it”.

Chris Evert did go on to win the US Open (her last) and the Australian Open (beating her nemesis in the finals) in the following months, but Martina Navratilova recovered her dominating form right afterwards and would hold the trophy in six consecutive Grand Slam tournaments between 1983 and 1984.