After winning her maiden Grand Slam title at Wimbledon 1978, the second turning point in Martina Navratilova’s career was her first trophy at Roland Garros. The Czech-born lefthander had lost to Chris Evert during her previous foray to the French Open finals, in 1975; seven years later she was facing a feisty teen prodigy in the deciding match – Andrea Jaeger, barely 17. The American had won the French Open in mixed doubles the previous year with Jimmy Arias to become the youngest semi-finalist in US Open history a few months later; in 1982 she was an even bigger force to be reckoned with, crushing Chris Evert in the semi-finals at Roland Garros before facing the world number one. They had played the Hilton Head final a month before, with Martina winning in two comfortable sets – but in Paris the first set of the championship match was extremely close, as Andrea kept her attacking opponent at bay with high topspin balls over the net, an excellent two-handed crosscourt backhand and showing not only the resilience to extend rallies but also the ability to fire winning shots from short balls.

“I never looked at Renée except for encouragement; before I played, I went over the match 20 times with Renée, I could have recited in my sleep what I had to do against Andrea, I didn’t need to look at anyone.” 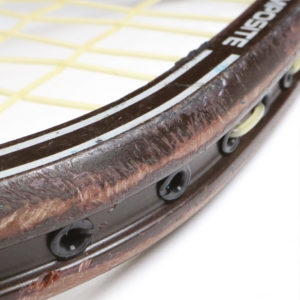 The inaugural set finished on a tight tiebreaker. Navratilova had to be patient, build the points mostly from the baseline and change the pace with her variety – waiting for the ideal moment to charge the net. She saved a set point and closed the first set with an overhead smash, cruising in the second to end the run of the youngest French Open finalist in spectacular fashion. It was a fine display of power, touch, athleticism and tactical awareness by Martina; the youngster from Chicago ignited controversy afterwards accusing Navratilova of illegally receiving coaching signals from her coach Renée Richards, but the champion was adamant: “I never looked at Renée except for encouragement; before I played, I went over the match 20 times with Renée, I could have recited in my sleep what I had to do against Andrea, I didn’t need to look at anyone”.

Martina would win only one more title at Roland Garros, two years later (1984) against her old nemesis Chris Evert before losing the following three finals (1985-87). Andrea Jaeger would again face Navratilova in the finals of a Major a year later at Wimbledon, but her meteoric career was cut short by a serious shoulder injury that forced her to retire at 19 without ever winning a Grand Slam singles title.